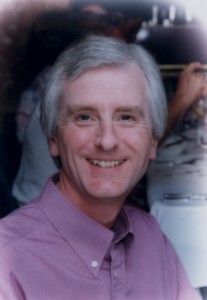 I first met you in the early 1990′s when my wife Jenny and myself were researching a book on psychic healers.  You were kind enough to give us open access to one of your healing clinics, where I witnessed some amazing recoveries in your patients.  Jenny herself had amazing healing with you for an abdominal complaint.

In late 2009 I developed what is commonly called ME or CFS (Chronic Fatigue Syndrome).  While I was far from the worst case I have heard of, it was severe enough for me to have to leave full time employment.  I saw you once per month from December 2009 to May 2010, by which time I was so recovered that I gave my final appointment to a friend!  I went to your support healers in Leicester between my visits to you and my recovery went just as you had said it would when I first saw you.  Given that the medical profession do not recognise any cure for ME, this was the most fantastic result.

During the time I was seeing you for my ME, a friend of ours had a car accident during the very bad ice and snow of early 2010.  She cracked three vertebrae in her neck.  For about 4 months afterwards, she had very limited mobility in her neck and did not sleep well due to constant pain.  Both the pain and lack of sleep were severe issues for her.  Her GP and the hospital consultant were doing nothing for the pain or the mobility.  She saw you in June 2010 and you discovered trapped nerves in her neck.  Her pain was gone in seconds and she regained almost full mobility in her neck immediately.  She saw you for a follow-up appointment a month later, when she again needed the trapped nerve seen to, as she had been feeling so well she had overdone things and upset her neck again!

I also sent another friend to you who had ME or CFS and intense pain in her lower back and her leg and hip which you sorted for her in minutes, and she was pain free.

Both of our friends were delighted and absolutely amazed at you getting rid of their pain in a matter of seconds, not to mention remaining pain free thereafter.  I know you have seen this countless times yourself, but this is my own personal evidence of your astounding healing.

I myself now feel really good and I constantly tell anyone that I feel could benefit from your healing.  A big thank you Ray Gillian and Paul for your wonderful work.